What the coming months hold for buyers, sellers, homeowners and investors
by Sarah Niedoba Feb 20, 2019 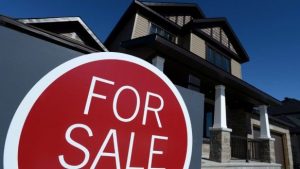 The Canadian housing market had a challenging year in 2018 as it struggled to regain its footing after the bubble-like conditions of 2017. It was a year characterized by decelerating sales and pricing. And it looks like 2019 may bring more of the same.
After what appeared to be a stabilizing period over the summer of 2018, national home sales have been falling since September. Actual activity was down 19 per cent year-over-year in December, while the national average sale price dropped 4.9 per cent.
Analysts chalk up these lacklustre numbers to stricter mortgage qualification rules, which came into effect in January 2018, and steadily rising interest rates. The Bank of Canada, which takes the health of the market into consideration when choosing to hike interest rates, recently noted that it had been ‘weaker than expected’ in December. Gregory Klump, chief economist of the Canadian Real Estate Association (CREA), recently wrote that it seems likely that housing will undermine economic growth this year, as buyers struggle to afford ownership in increasingly difficult conditions.

In numbers, that could mean a 0.5 per cent drop in sales over the next year, according to CREA, a nine-year low that could be start of a multi-year cooling period for the market.
Want a closer look at what 2019 could have in store for the market? Here’s what economists are saying so far.
Not a red-hot year, but likely a stable one
The possibility of humdrum home sales in 2019 is generally blamed on two culprits — stricter mortgage qualification rules and rising interest rates.

“The probability of a steep and widespread housing downturn over the next 12 months is still low but has increased somewhat in recent months,” wrote Robert Hogue and Craig Wright, two economists at RBC, in their latest analysis of the housing market. “The mortgage stress test and rising interest rates continue to exert pressure on home buyers across Canada.”
The stress test in question immediately caused a nationwide downturn in sales when it was introduced in January 2018. Uninsured borrowers must now qualify at the Bank of Canada’s five-year benchmark rate, or at their current rate plus an additional two per cent. That’s a bar many buyers are unable to leap.
With the addition of rising interest rates, things start to look even bleaker. The Bank of Canada has been hiking rates since the spring of 2017, most recently raising the overnight rate to 1.75 in October. Higher interest rates mean higher mortgage rates, pushing some would-be buyers out of the market.

While the first half of the year may see a relatively cool national market, TD senior economist Rishi Sondhi predicts that the final two quarters could see an uptick in activity.
“Barring a shock to household incomes or employment, we…suggest that an improvement in market conditions by mid-year remains a reasonable bet,” he writes in his most recent analysis. “One in particular is affordability levels, which have benefitted modestly from a scaling back in Bank of Canada rate hike expectations.”
Essentially, while the Bank of Canada was expected to hike interest rates at a fairly decent clip in 2019, softness in the housing market might cause it to reconsider, which would be a relief to many would-be homebuyers.
Sondhi points to several other factors underpinning the market’s future—and potentially positive— performance. For one, population growth is likely to be strong, as immigration targets have grown from 310,000 to 331,000 from 2018 to 2019.

Another factor worth considering? A strong job market. TD’s current forecast calls for upwards of 150,000 jobs added in the next year, which should keep household incomes growing at a steady pace. With this in mind, as more and more Millennials begin to start families (what Sondhi refers to as ‘household formation’), they’ll start moving away from the rental market, providing a potential boost in home sales.
Of course, the story varies from location to location. The pricey Toronto and Vancouver markets both posted modest numbers in January, with prices down in both cities but sales up slightly month-over-month. Meanwhile, sales were up in Montreal and Ottawa, two markets that have seen a boost in activity due to their comparatively low price points.

“Relative affordability in [Montreal and Ottawa] has helped homebuyers take [mortgage] stress tests in stride,” writes RBC senior economist Josh Nye in his most recent note. “Resales were up by double digits from a year ago [in January]. Strong demand is putting buyers in the driver’s seat in [both cities], with prices up 6-7 per cent from a year earlier and showing no signs of slowing.”
Less positive is the picture in Alberta, where the market continues to struggle under the effects of lower oil prices and a struggling energy sector. Resales in the province hit an eighty-year low in January, while prices in Calgary and Edmonton were down 3-4 per cent year-over-year.
What does this mean for buyers?
The buyer outlook for 2019 is a continuation of the recent past—prices will climb slowly, but affordability pressures will still present themselves.
According to the 2019 RE/MAX Housing Market Outlook Omnibus Survey, 36 per cent of Canadians are considering buying a home in the next five years, down from 48 per cent in 2018. RE/MAX blames the drop in interest on the mortgage stress test and rising interest rates, both of which are eating into the purchasing power of buyers.
The number of new mortgages dropped 11.9 per cent in 2018, according to the Canada Mortgage and Housing Corporation; the British Columbia Real Estate Association (BCREA) reported that residential mortgages in the province had slowed to their slowest pace of growth in 17 years. Those numbers are likely to repeat themselves in 2019, as many buyers find themselves unable to qualify for a mortgage under the stricter standards.
Buyers looking to make a purchase this year should remain informed about where mortgage rates could be headed in the coming years. The spring market often means that lenders will offer discounts and promotions to entice would-be customers. But a rising interest rate environment means that mortgage rates may be higher when they come to renew than they initially expected.
Talking to a mortgage broker can help secure the right mortgage pre-approval when looking for a home. Alternative lenders continue to be an option for those hoping to avoid the stricter mortgage stress test. But beware: Non-prime lenders often charge high mortgage rates, which may only be exacerbated by rising interest rates.
What does this mean for sellers?
RE/MAX predicts that home prices will increase by 1.7 per cent in 2019, a significantly more modest outlook than the red-hot prices defined the 2017 market. The exceptions are likely to be the strong Montreal and Ottawa markets, while the relatively tight PEI market could see Charlottetown prices jump 11 per cent.
Sellers in most markets should prepare for more of the same in 2019 — namely, fewer buyers vying for properties, and lower home values. Gone are the crazy bidding wars and spiralling prices of 2017.
It’s worth taking the time to strategize about how best to market your property. More and more agents are using local sales data to develop their pricing strategies. Make sure you’ve found as much information about you area as possible before putting your home on the market.
What does this mean for current homeowners?
For homeowners who will need to renew their mortgage in 2019, things could get a bit tricky. If they renew with their current lender, they’ll be able to skip the mortgage stress test. They’ll also miss out on looking for a better rate elsewhere.
And with more and more homeowners opting to stay with their current lender, competition in the market will likely lower, bringing down the incentive for banks to offer lower renewal rates to catch new clients.
For owners happy with their level of debt repayment, the choice to stay with their current lender will be clear. For those looking to make the switch—likely if they haven’t paid off as much of their debt as they may have wanted—will have to consider whether they want to brave the mortgage stress test.
It’s also likely that higher interest rates will really start to make themselves felt, a year-and-a-half after the Bank of Canada began hiking them. Canada’s Office of the Superintendent of Bankruptcy noted that there was a 9.2 per cent bump in consumer insolvencies in October of 2018, a trend that could continue in 2019 as homeowners struggle to keep up with their mortgage payments.
What does this mean for investors?
For those looking to invest in rental property, there’s plenty of money to be made in many of Canada’s large urban centers.
In Toronto, while the price of a home has cooled considerably from the heights of 2017, rents continue to grow at a surprising clip. According to the Toronto Real Estate Board, the average rent for a one-bedroom unit came in a $2,163 in the third quarter of 2018, up 9.5 per cent year-over-year.
It’s a similar story in many Canadian cities. While home prices are falling in Vancouver, rents were up 5.5 per cent year-over-year in Q3. A recent report from Bullpen Research and Consulting and Rentals.ca predicts that rents will rise an average of 6 per cent nationwide over the course of the year.
Those looking to purchase a rental property should do their best to find units with a lower price tag, but higher rent potential. Being close to a transit line, grocery store and university are also major value boosts. When considering such a major purchase, consulting with an accountant and mortgage broker is key.

Ottawa 2046: City thinking ahead with new plan for growth

Ottawa Goes to Court After Talks with RTG Go Unresolved