The new subdivisions would sprout up on former farmland between River and Spratt roads, south of Earl Armstrong Road.

Riverside South Development Corporation — a partnership between Urbandale and Richcraft — wants to build 1,350 homes on two parcels of land, while Claridge wants to build 737 homes on a separate parcel sandwiched in between.

The developers are promising to set aside land for seven years to allow the public and Catholic school boards to each build a new elementary and high school.

Special fee to pay for LRT extension
If the subdivisions go ahead, the homes will be subject to a special development charge specific to Riverside South.

That’s to help pay for the 3.4 kilometres of extra rail to bring the future Trillium Line from Bowesville Station right into Riverside South.

The Ontario government pledged $50 million last spring toward that additional stretch of rail.

The City of Ottawa wants to raise another $30 million by charging a development fee above the current rate of $35,000 per suburban detached home.

If city council approves that arrangement at its next meeting on March 6, the new rate will be hashed out in the coming months. 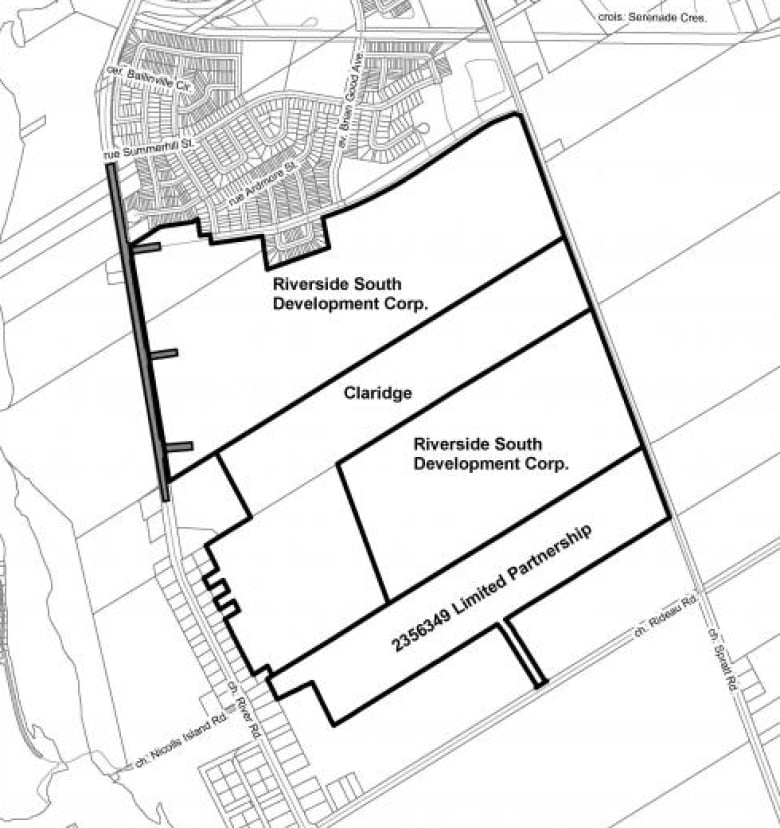 A partnership between Urbandale and Richcraft called Riverside South Development Corp. plans to build 1,350 homes between Spratt and River roads, while Claridge has another 737 homes planned. (City of Ottawa) 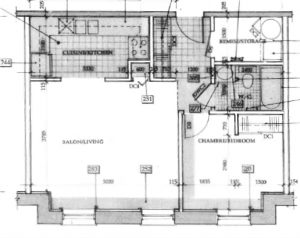