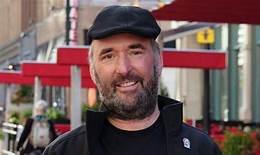 Paul Dewar, a teacher and union leader from Ottawa who became the New Democratic Party’s foreign affairs critic, died Wednesday after contending with brain cancer for a year.

Despite struggling with dyslexia as a child, getting trounced by Ed Broadbent during his initial foray into politics, losing his seat in the House of Commons in the Liberal wave of 2015 and being diagnosed with a terminal illness, the 56-year-old was infused with a positive, hopeful attitude and belief that the world could be made a better place.

So it was startling when Dewar revealed in June 2018 that, as he was recovering from brain surgery several months before, he saw news of the high school shooting in Parkland, Fla., that killed 17 people — and that he “abandoned any hope” and was ready to give up.

Except giving up was never really in Dewar’s vocabulary. 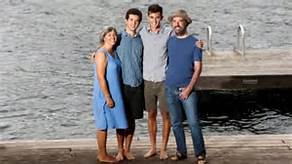 ‘Concentrate on what you can contribute’

Inspired as Parkland students channelled their loss and pain into a rallying cry against gun violence in the U.S., Dewar decided to launch a new initiative to try to empower a new generation of leaders who would work for the greater good.

In a farewell message posted to Facebook after his death, Dewar wrote that “true change can only come when power is transferred to young people unburdened by cynicism” — which is why he used what little energy he had left to create Youth Action Now.

“Hopefully, it will help unleash the power of the young people in our community to make a real difference. I hope you will be inspired to be a part of that project and continue my work,” Dewar wrote.

He urged Canadians and his former constituents in Ottawa to respect the earth, to build a future rooted in Indigenous wisdom, to welcome people who need safe homes and to help people who have been left behind.

“Let’s make more art. Let’s play more. Let’s embrace each other in these days of cynicism and doubt,” the message said.

He also said that people should never give up.

“It is easy sometimes to feel overwhelmed by the gravity of the challenges we face. Issues like climate change, forced migration and the threat posed by nuclear weapons. It’s hard to know how to make a difference,” Dewar wrote.

“The secret is not to focus on how to solve the problem, but concentrate on what you can contribute – to your country, your community and neighbours.”

Dewar is survived by his wife Julia Sneyd and their two sons, Nathaniel and Jordan. A statement from the NDP said they were with him when he died at home.

Dewar is perhaps best known for having served as the MP for Ottawa Centre from 2006 to 2015, much of which he also spent as the NDP’s foreign affairs critic, following an early career as an elementary school teacher and union executive.

Whether it was the war in Afghanistan, free-trade deals or the defence of human rights and democracy in developing countries, Dewar was fierce in his convictions but also willing to listen to differing viewpoints to try to find a consensus.

That combination of principle and pragmatism, combined with the aforementioned optimism, earned Dewar respect on both the government and opposition benches, and helped the NDP shed some of its image of being idealistic and naive on Canada’s dealings with the rest of the world.

Dewar’s path into politics meant following in some pretty big footsteps. His mother, Marion Dewar, was not only one of Ottawa’s most beloved mayors but also a heavyweight in the federal NDP and social-activist circles in the 1970s and ’80s.

Dewar would often say that he learned about politics from his mother, telling the Ottawa Citizen in September 2011 that while Marion warned against running for office just to get power, “power isn’t a bad thing, it’s how people use it.”

Then there was Broadbent, the legendary former NDP leader whose short-lived political comeback started by trouncing Dewar during the latter’s first nomination battle in 2004. Dewar had been campaigning for the nomination when Broadbent decided he wanted back in.

It was only after Broadbent’s difficult decision two years later&amp;nbsp;to leave politics once again to care for his sick wife that Dewar was elected to replace the former leader as the MP for Ottawa Centre.

Yet it didn’t take long for Dewar to come into his own and make his mark with a respectful and pragmatic approach to politics — and his determination to fight injustice and cynicism at home and abroad.

Former political opponents praised him Wednesday, with Prime Minister Justin Trudeau saying in a statement that Ottawa had “lost one of its most dedicated voices.

“Paul Dewar brought people together, stood up for the most vulnerable, and touched lives in Canada and beyond. He showed us what stewardship looks like, and earned the love of his community and the respect of so many of us. He will be sorely missed,” said Trudeau.

Liberal Richard Mahoney, who lost to Dewar in Ottawa Centre in 2006, wrote on Twitter that “Paul faced his illness the same way he lived his life — with grace, courage and love.”

Former Conservative cabinet minister Jason Kenney tweeted that as much as they disagreed, “there was no doubt that he was a principled, dedicated public servant who cared a great deal about his country.”

Many might not realize that Dewar was dyslexic. Dewar credited the disability, which makes it harder to read, write and sometimes speak, with having made him more resilient as well as a better teacher and politician.

“I certainly identify strongly with people who are needing help in taking on things, be it with learning challenges, life challenges in general,” he told The Canadian Press in November 2011. “It’s about empathizing and understanding.”

He faced other challenges as well: Dewar placed a distant fifth when he ran to replace Jack Layton as NDP leader in 2012. Many were shocked when Liberal Catherine McKenna defeated him in 2015. He was one of several apparently popular New Democrats swept out of urban ridings that year.

The party kept him on as an adviser, helping the handful of new MPs the party elected adjust to their new duties. Afterward, he joined the board of Human Rights Watch and contemplated running for mayor of Ottawa.

Then came the diagnosis in February 2018 that he had Grade 4 glioblastoma, the same type of brain cancer that killed Tragically Hip singer Gord Downie. Dewar had gone to the hospital when he felt numbness in his arm that didn’t go away — a bother he’d at first put down to being tired from a 36-kilometre skate on the frozen Rideau Canal. That’s five full lengths of the skateway that runs not far from his downtown Ottawa home.

He soon had surgery to remove a tumour on his brain but the cancer couldn’t be cured, only held at bay for a while.

Yet even then, his optimism continued to shine. If people wanted to do something for him, he said, they should contribute to their neighbourhoods. Smile, laugh, give. “Knock on your neighbour’s door and say hi.”

“What I have discerned is that notwithstanding the urgency to live as much life as possible, I see this path I am walking as a gift to realize the beauty of life itself,” Dewar wrote in an open letter announcing his plan to launch Youth Action Now a few months later.

“Each one of us is capable of contributing something to make a difference with our family, friends and in our community. Sometimes cynicism, isolation and fear hold us back from truly contributing and participating in making the world around us a better place.”

Hot Off the Press! Congratulations Canada!! Canada ranks No. 1 in global Quality of Life list