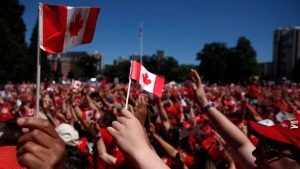 Canada ranks No. 1 in global Quality of Life list

Thanks to its prestige, economic stability and quality of life, Switzerland has emerged the leader on a new list that ranks the countries with the best reputations around the world. In other categories, Canada was deemed to have the best quality of life and the U.K. best for education.

In U.S. News and World Report’s 2019 Best Countries Report, produced with the BAV Group and the Wharton School of the University of Pennsylvania, 20,300 respondents from 36 countries in the Americas, Europe, Middle East, Asia and Africa were asked to score 80 countries based on 65 attributes.

The attributes were grouped under categories like adventure, citizenship, cultural influence, entrepreneurship, heritage, movers, open for business, power and quality of life.

For the third year in a row, Switzerland took to the top spot, scoring high in areas of business, quality of life and cultural influence. Or in this case, its perceived international neutrality.

“It’s carved out a brand internationally, one of quality and impartiality,” said Dan Hamilton of the John Hopkins School of Advanced International Studies in a statement.

But authors note that the country isn’t without its challenges, pointing to the growing popularity of right-wing politics and the backlash against immigration.

Best countries for goods and services

Rounding out the top five spots are Japan, Canada, Germany and the U.K.

As another measure of brand power, the report asked consumers to identify the countries with the best reputation for assorted goods and services.

For cars, healthcare and pharmaceuticals, Germany emerged the most trustworthy nation, while France was tops for cosmetics and fashion. Italy received the best marks for food and wine, and Japan is No. 1 for technology and electronics.

In other categories, Canada was deemed to have the best quality of life and the U.K. best for education.

Here are the results of the 2019 Best Countries report:

For Quality of Life

To Start a Business

Do Something Different in 2019