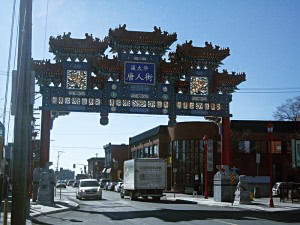 Centretown West, which contains Little Italy as well as Ottawa’s beautiful Chinatown, is a wonderful melting pot of cultures, cuisines and people. In 2010, a stunning new arch was built as an entrance into Chinatown on Somerset Street West near Bronson, and is considered by many to be the most beautiful in Canada. Vietnamese soup, called phö, restaurants are often open much later than average, as late as 5am, keeping the area bustling with activity until the wee hours.

Centretown West was annexed by the city of Ottawa in 1888. Prior to that it was part of Nepean Township, and the community was known as Rochesterville.

It lies to the west of Bronson Avenue, east of the O-Train tracks, north of Carling Avenue, and south of “Nanny Goat Hill”, which is an escarpment to the north of Somerset Street West. To the east lies Centretown, to the north lies Lebreton Flats, to the west lies Hintonburg, and to the south lies Dow’s Lake. Much of the neighbourhood makes up what is also called Dalhousie.

Centretown West is composed largely of low-density residential commercial properties, and some light industrial uses. Somerset Street West is dominated by Chinese and Vietnamese businesses, and it is considered to be Ottawa’s Chinatown. It also retains a large Italian-Canadian population in Little Italy centred on Preston Street, which is also called Corso Italia. A portion of Gladstone Avenue is also called Via Marconi, after the Italian inventor who completed some of his work in Canada.