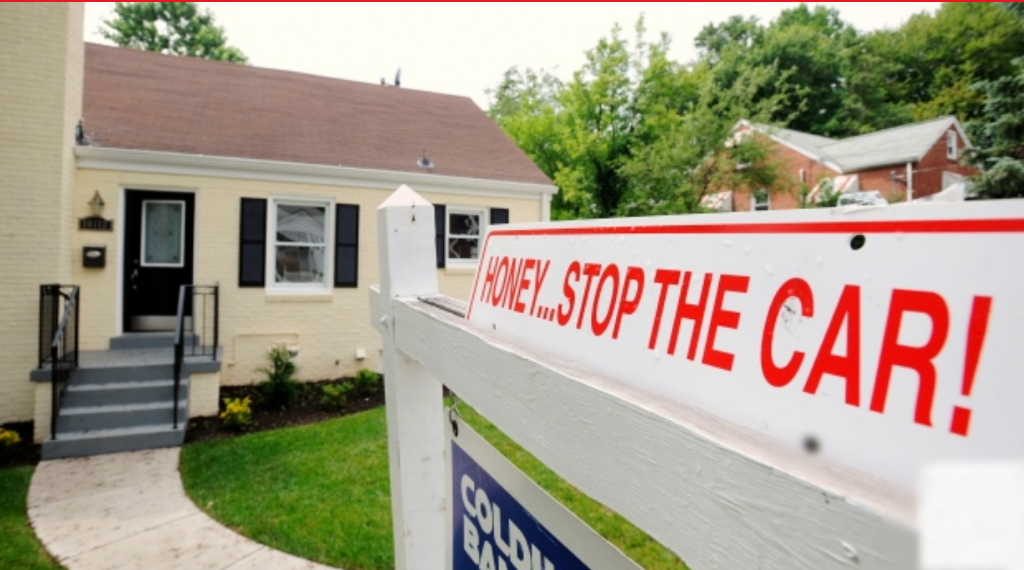 Ottawa house prices climbed eight per cent to an average of $447,600 in March compared to a year earlier, while prices for condominiums edged up just 0.7 per cent to $275,600, according to data published Thursday by the Ottawa Real Estate Board.

These averages reflect the sale of some 1,660 residential properties sold last month through the board’s multiple listing service. They do not include data from the sale of new homes.

The number of properties available is somewhat constrained, with some 4,600 active listings at the end of March compared to nearly 6,000 a year earlier, which may have contributed to the rise in prices. To put the number of listings in context, the board represents some 3,000 sales reps and brokers in the Ottawa area.
Properties are selling faster, suggesting the market may be shifting in favour of sellers.

Residential properties sold in March had averaged 39 days on the market compared to 47 days in March 2017, while it took 58 days on average to sell a condominium compared to 78 days a year earlier.

Prices fetched through the sale of condominiums varied considerably by district. In March, these jumped fastest in the east (up 7.4 per cent to an average of $284,200) and were weakest in the downtown core (down 5.1 per cent year over year to $392,500). 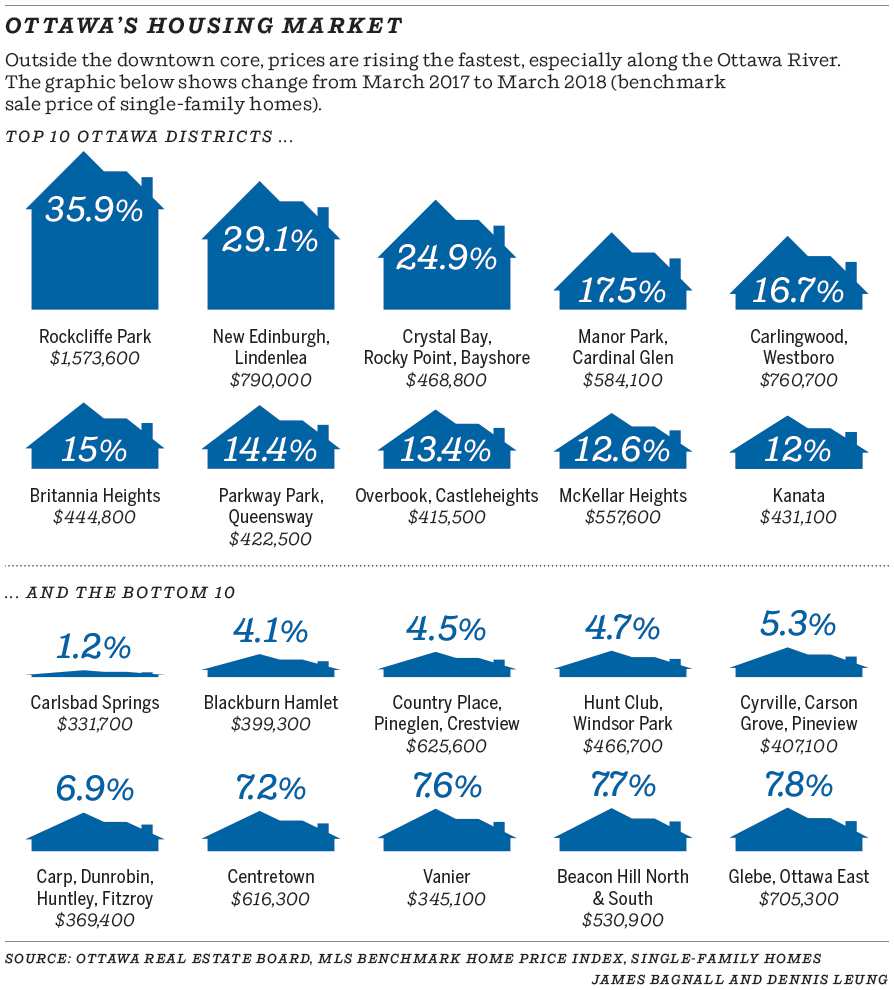 The board also provided more detailed data Thursday on the sale of single-family homes using benchmark prices — which are based on an index that standardizes housing features and is considered a better barometer of underlying trends.

Across the city, the benchmark price for single family homes jumped 8.4 per cent year over year in March to $413,500. Not surprisingly in a city that covers so much territory, there was considerable variation in the 46 real estate districts tracked by this newspaper.

The top gainer, Rockcliffe Park, also happens to be the wealthiest. Nevertheless, not much should be read into the 36 per cent year over year jump in benchmark prices to $1.6 million.  This was based on the sale of just one property.

More revealing was the 29.1 per cent gain to $790,000 in benchmark prices in nearby New Edinburgh-Lindenlea — the city’s second wealthiest enclave. This data reflected seven sales in March — still relatively few but enough to form a reasonable sample.

Most the the top 10 districts in terms of year over year price gains were in the west — in a band stretching along the Ottawa River from Churchill Avenue to Kanata. This has been a consistent pattern for months as prices have responded to a number of factors including the opening of the National Defence headquarters at 60 Moodie Dr. and the consolidation of much of the city’s tech industry in Kanata.

Indeed, Kanata has experienced double-digit increases in the benchmark price for single-family homes in each of the past two months. A year ago, the district was among those reporting the slowest growth in resale house prices.

Districts more favourable to home buyers, at least in terms of price, were scattered throughout the east, south and downtown core. The smallest price gain was recorded in Carlsbad Springs (single-family homes sold for $331,700 — up 1.2 per cent from March 2017) while price hikes in Blackburn Hamlet were a modest 4.1 per cent (to $399,300). 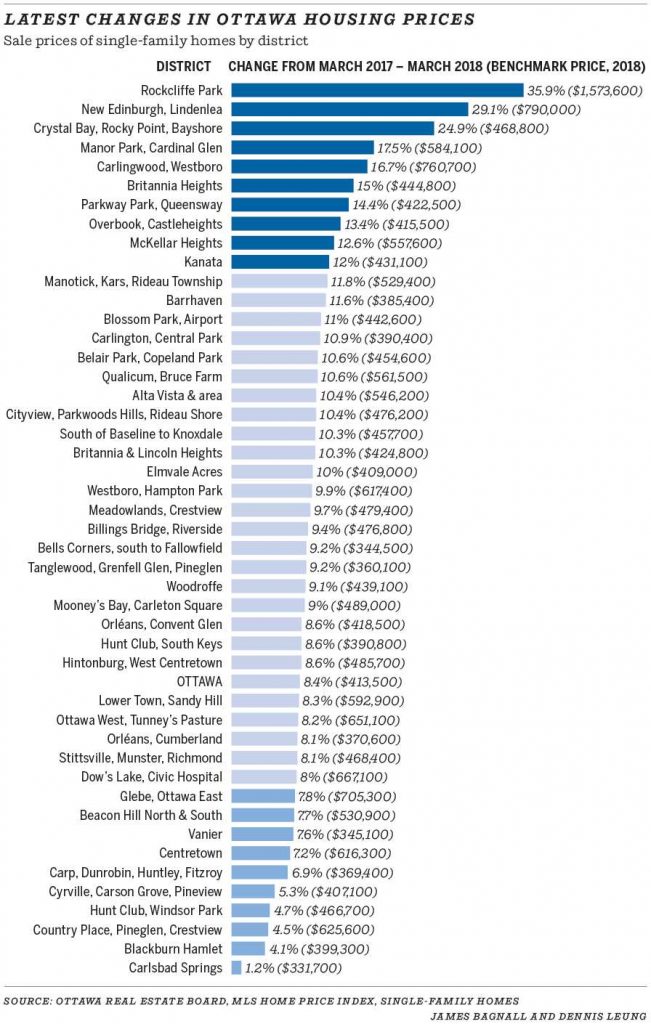