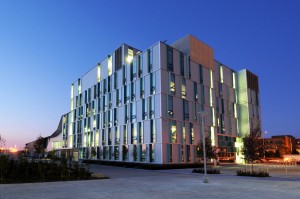 Nepean is located west of Ottawa’s inner core. It was formerly a city in its own right until amalgamated with the Regional Municipality of Ottawa-Carleton in 2001 to become the new city of Ottawa. However, the name “Nepean” continues in common usage in reference to the area.

Nepean was named after Sir Evan Nepean, British Under-Secretary of State for the Home Department from 1782 to 1791.

Nepean Township, originally known as Township D, was established in 1792 and originally included what is now the central area of Ottawa west of the Rideau River. Jehiel Collins, from Vermont, is believed to have been the first person to settle in Nepean Township, on the future site of Bytown. Nepean was incorporated as a city on November 24, 1978. The geographic boundaries of Nepean changed considerably over this time; the original town hall of the township of Nepean was located in Westboro, which was annexed in 1949 by the city of Ottawa. Nepean’s centre then moved to the community of Bells Corners. In the 1950 and 1960s, Nepean’s urban area began to expand in previous rural areas in such areas as Centrepointe in the east, and Barrhaven in the south.

A Nepean quarry provided the sandstone blocks that were the principal building material used in the Parliament Buildings in downtown Ottawa.

Prior to amalgamation in 2001, Nepean’s City Council spent many tax dollars aggressively campaigning against what they (and their allies) referred to as the “megacity” model. The central plank of the strategy was to promote a tri-city model, which would have seen the 10 municipalities of the Ottawa region reduced to three: one in the west (comprising Nepean, Kanata and the western rural municipalities), one in the east (comprising Gloucester, Cumberland and the eastern rural municipalities) and one in the center (comprising Ottawa, Vanier and Rockcliffe Park). These efforts were in vain, as the one-city model eventually prevailed.