After a career as a touring singer, Sylvette Briere is carving out her place in Ottawa’s arts community.Nov 11, 2020 9:21 AM By: Kieran Delamont 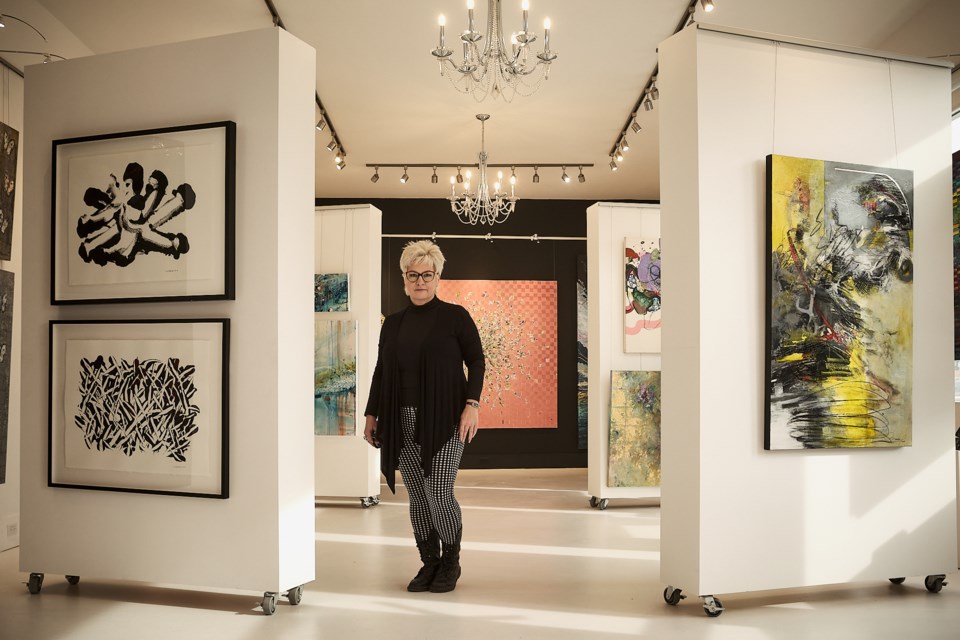 And not just art, but art art. Originals, statement pieces, works by up-and-comers that will double in value in a year’s time. Yes, it might be expensive, but she says it is an investment — in the artist, in the art world, and in your own self-expression.

Briere, the director of NAK Gallery, seems to have found her happy place in the art world, and is settling into her role after a career working as a singer. Here, she can be an advocate for art, the arts, and artists.

“I know it’s more expensive than buying a piece in Walmart,” she explains. “People often come here and say, ‘Why would I pay $2,000 for a piece like this, when I can buy a similar one for $160?’ If you buy an artist, you make our culture grow, our give our identity more value.”

In the context of Ottawa’s art world, Briere places NAK on the more contemporary side of the aisle — a gallery with more modern tastes and sensibilities than what she sees as the “more traditional” galleries elsewhere in the city. But she wants to blend that with a degree of approachability rarely associated with contemporary high art.

“I want this gallery to be more accessible to regular people, to ordinary people,” Briere says. “I do not see any difference between the rich one or the poor one that comes here. If they cannot afford it right now, nothing says that they will not be able to afford it in two months, or in a year. I work with everybody.”

NAK Gallery, which opened in late September, is a spin-off business from NAK Design Studios, an architecture and design firm. It’s a helpful relationship, Briere says — when condo developments need art to hang in the wall, or to stage a unit, it’s helpful to have a vault full of art to dip into.

It isn’t meant to be a corporate-directed business though, and Briere still thinks of it in very personal terms — especially now, during COVID, when the beauty (or lack of it) of one’s personal space its something many people are more aware of now than a year ago.

“I think right now people are so bored of their walls that they want to change it,” Briere says. “So they buy a nice piece they’re really proud of, they put it on their wall, and they’re happy to look at their new wall.”

Looking towards a post-lockdown world, Briere hopes that the gallery can be a place for artists to hang out, network, and build more community spirit. COVID put a damper on any plans for grand openings, hot exhibitions, or any of the events that Briere hopes to put on in the space, but those are all still things she keeps on the horizon. She wants to put on “at least” four solo shows a year, she says.

“I know it’s going to get bigger, because we do have extraordinary artists,” she says. “I know that other galleries are looking over at us and saying, ‘Hey, what the f——? How did you get that?’”

And maybe to other galleries’ chagrin, Briere is committed to NAK Gallery becoming a fixture in the nation’s capital.

“I know we’re here to stay. I know we’re doing good,” Briere says. “I know that all the visions behind our choices [of art] are pretty cool, and people really like the diversity. They like the fact that we have something for almost all tastes, something to please everyone.”