The square at the corner of Somerset and Preston streets, in front of the Plant Recreation Centre, is kitty-corner to a much more ambitious — yet still unrealized —project.

Community members hope to build a museum one day that will commemorate the tens of thousands of Vietnamese boat people accepted to Canada as refugees during the late 1970s and early 1980s.

That project is still millions of dollars out of reach, however, despite efforts to make it happen for more than a decade.

The community has been fundraising in cities across Canada and even the U.S. to try to get the Vietnamese diaspora interested in the $4.3-million project, but has yet to raise its first million. 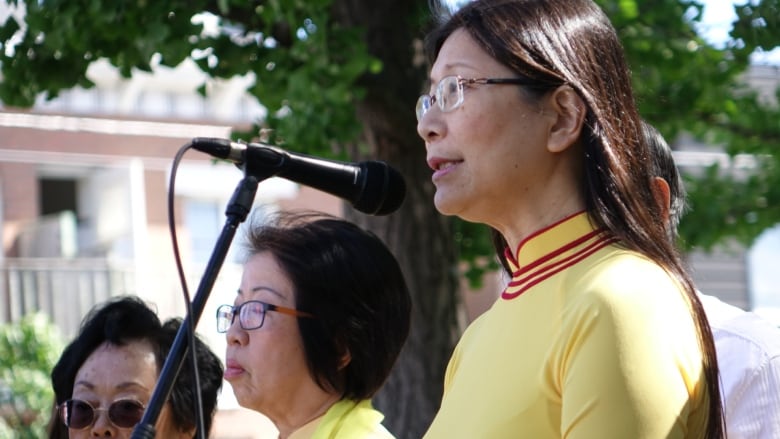 Ottawa Mayor Jim Watson said that with community support and the zoning in place, he hopes to see a building soon on the land where a community garden now grows.

Saigon Square, however, is a welcome first step for members of the Vietnamese-Canadian community who came out Saturday to celebrate. 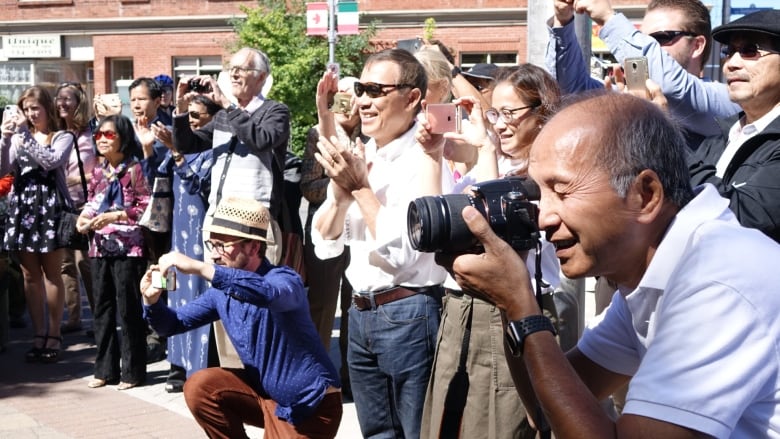 Dozens of people took photos as the plaque commemorating Saigon Square was unveiled in Ottawa on Sept. 8, 2018. (Amanda Pfeffer/CBC)

The name was chosen to recognize the old name of the capital of South Vietnam before that country fell to the communist north in 1975, precipitating a refugee crisis as some 1.4 million people fled.

“So we didn’t want to forget the name,” explained Nguyen. “[We chose it] to remind us that Saigon is always in our Vietnamese hearts.” 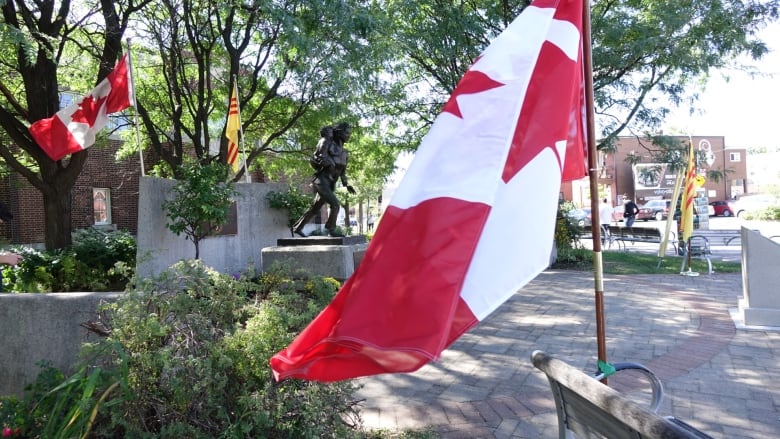 Saigon Square was unveiled Saturday to remember the plight of the tens of thousands Vietnamese boat people who came to Canada in the late 1970s and early 1980s. (Amanda Pfeffer/CBC)

The community has been hoping to properly commemorate the story of the Vietnamese boat people and how their plight moved Canadians to accept eventually some 50,000 refugees, ushering in the private sponsorship system that still exists today.

Jackie Phung Tran was sponsored by her own sister Agnes Tran during the period when then-Ottawa Mayor Marion Dewar created Project 4000, a city initiative to bring in 4,000 Vietnamese refugees. 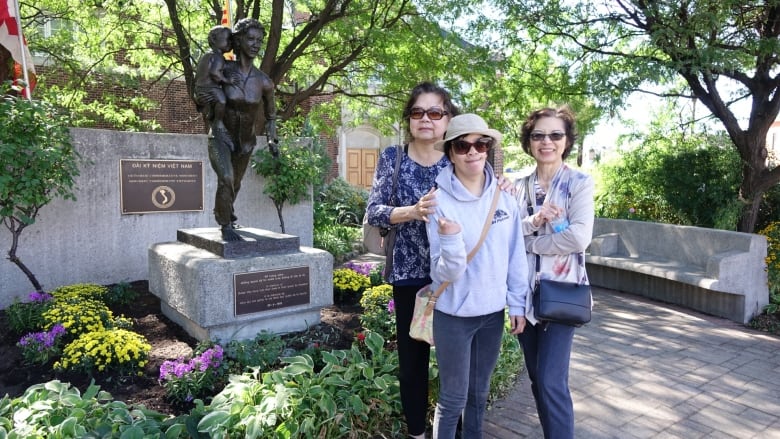 Agnes Tran (right) was the first of her family to arrive in Ottawa as a Vietnamese refugee. She then sponsored her sister Jackie (left). Her daughter Therese (centre) was born in Canada. (Amanda Pfeffer/CBC)

“We were running for our freedom,” said Jackie, noting that the square — which includes a statue of a woman running with a child in her arms — captures that idea. 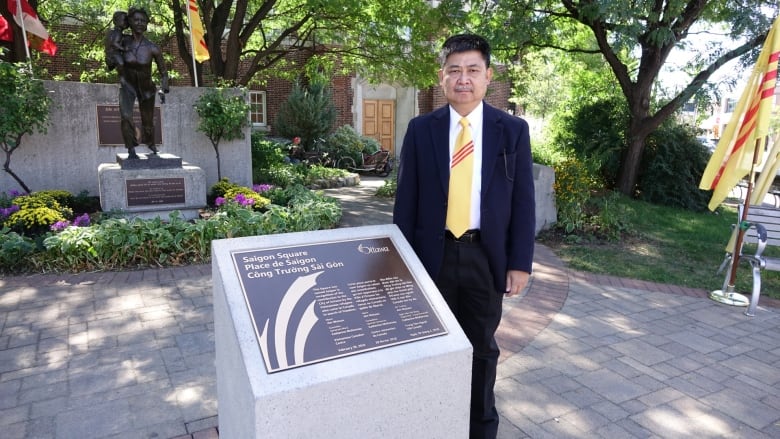 Phuong Lethebinh was just 17 years old when he fled Vietnam, one of the 1.4 million refugees who left the country after the fall of Saigon. (Amanda Pfeffer/CBC)

Phuong Lethebinh was just 17 years old when he fled Vietnam, like thousands of others, on a rickety boat.

‘The Ride’ raises $1.1M for the Ottawa Hospital

Ottawa happy with the USL experience for now, but will be watching CPL closely