In the wake of suicides by high-profile rock stars, Ottawa musicians are organizing a benefit show to raise awareness and money for suicide prevention and mental health resources.

It’s billed as the Chris Cornell Tribute Benefit for Suicide Prevention to honour the late Soundgarden frontman who took his own life in May. And with the suicide of singer Chester Bennington of the popular group Linkin Park this week, ongoing efforts like these are critical, according to event organizer Tony Caballero.

“Musicians’ deaths don’t really hit us hard because we feel like we know them, they hit us harder because they help us get to know ourselves. And that’s why it feels so personal,” said Caballero, drummer for the Ottawa rock group Quiet Crimes. 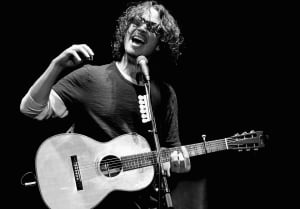 As a big Soundgarden fan, Caballero said Cornell’s death hit him hard, inspiring him to organize the benefit show, which takes place Aug. 30 at House of Targ.

“Our band — we recently had a friend of ours pass away under such circumstances,” he said. “I myself have experienced that feeling, and fortunately I’m still here.”

Caballero credits family and friends for helping him through his own mental health struggles, and he believes the music community can provide the same support for others.

‘A little bit of attention can go a long way’

While organizing the show, he reached out to Kim Vincent, singer/guitarist of the band The Red Rails, to invite him to perform along with other local groups and solo acts.

Vincent calls Cornell his “music idol” and “main influence,” and said he was also shocked to learn of Bennington’s death Thursday. Bennington and Cornell were good friends. 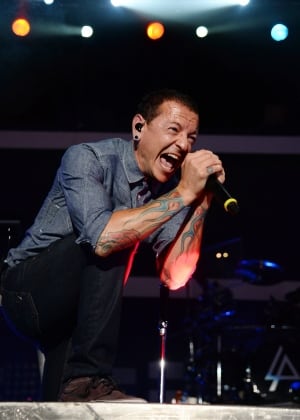 “There’s no real words for it. It’s just shocking. Another prominent artist gone for something that maybe could have been prevented,” said Vincent.

He said he feels “thrilled” to be a part of the benefit show, and is looking forward to playing alongside other Ottawa artists for a good cause.

“I can’t be happier. Chris Cornell being my main musical influence … just between that and being able to get the awareness out on mental illness and suicide, I’m stoked to be a part of this,” said Vincent.

Proceeds from the House of Targ show will go to the Ottawa Distress Centre. Caballero hopes it also gets people in the music community and beyond talking about mental health and suicide.

“Every little bit helps. You never know. Just paying a little bit of attention can go a long way,” he said. “Sit next to them. Listen to them. You might actually be saving a life.”

Affordable, tasteful and conveniently accessible to all the Village amenities