This week, he’s trying to answer a rather interesting question — what does the capital’s distinctive spider statue sound like?

“Here’s this famous iconic sculpture that everybody knows in Ottawa and, in fact, not only in Ottawa, but throughout the world and certainly throughout Canada,” Kapilow told CBC Radio’s Ottawa Morning Friday.

Just outside the National Gallery of Canada stands Maman, a 10-metre-high spider, made of bronze, stainless steel and marble and designed by Louise Bourgeois, who died of heart failure in 2010.

Kapilow is in Ottawa listening closely to the world and people around Maman, so he can compose a piece for Chamberfest, a chamber music festival in the capital. 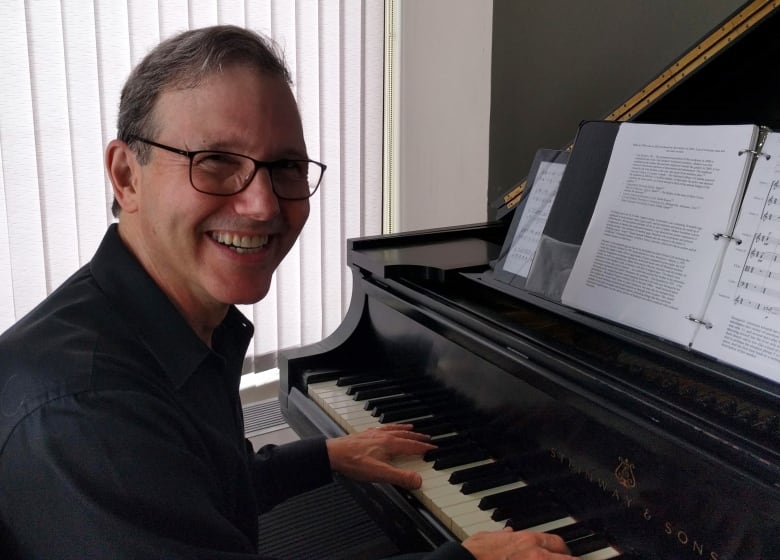 American composer Rob Kapilow is in Ottawa to discover what the Maman sculpture, outside the National Gallery of Canada sounds like. (Deborah MacAskill/CBC)

Kapilow is holding a public workshop around the statue on Saturday at 1:15 p.m. to get feedback from people who live in Ottawa​.

“Many people love that sculpture, many people are terrified by it, and that kind of ambivalent feeling really generated a lot of that idea of making music that would represent both sides,” he said.

“There’s some horrifying, terrifying spider music, but there is also some beautiful music.”

The project started a summer ago at a Chamberfest meeting, where participants helped bring the idea to life.

“The first thing everybody said was there are eight legs to a spider, it should be an octet for eight instruments. Sounds so obvious now, in retrospect.”

The piece will feature two violins, a viola, a cello, a piano, a clarinet, a flute and a percussion instrument.

‘There is something deeply sad’

The scupture’s title hints at the heartbreaking story behind its birth.

Bourgeois made the piece in memory of her mother, whose death prompted Bourgeouis to try to take her own life while in university.

The loss became a focus of her art, inspiring some of her best-known work.

“In a sense, this whole piece is a memorial to her,” he said. “There is something deeply sad about this.”

Elements of that grief have become part of the music he’s composing, Kapilow said.

He looked at how Bourgeois described her mother, a weaver, for inspiration: delicate, clever, patient, subtle and as useful as a spider.

The piece will premiere at the 2019 Ottawa Chamberfest.

Ottawa home sales up 6% in July

What is the value of commissioned real estate