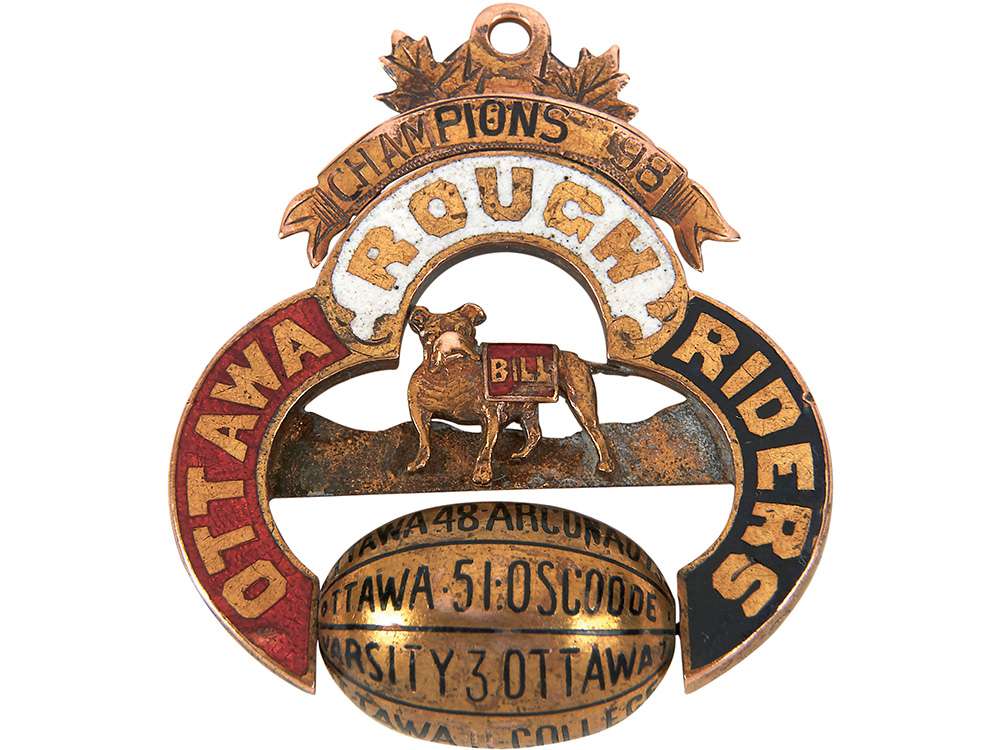 A 120-year-old Ottawa Rough Riders championship medal is up for sale.

With a starting bid of $1,000, the medal is from 1898 — the year Ottawa Football Club became the Rough Riders as a tribute to Teddy Roosevelt’s Rough Riders unit that fought in the Spanish American War.

The medal, which is up for auction at lelands.com, features the iconic red and black colour scheme. The Rough Riders’ eight games from the 1898 season are emblazoned in enamel on a football that spins to show the complete schedule. The words “Champions 98” sit beside the team’s bulldog mascot.

The medal is marked 14K gold with the name of the jewelry maker Rosenthal engraved along with that of the original recipient, P. Jory, who was on the Rough Riders roster that season.

For more, read the full article by Tim Baines at the Ottawa Sun.

How much is Stone Worth?