Unikkaaqtuat is a multi-media, cross-cultural hybrid of circus arts, theatre, music, and digital projections inspired by Inuit origin myths. A collaboration between Montreal’s The 7 Fingers, Igloolik’s Artcirq, and Taqqut Productions of Iqaluit, the all-ages show was developed with support from the NAC’s Creation Fund and is presented by the NAC’s Indigenous Theatre department. Don’t miss the world premiere Jan. 9-12 at the Babs Asper Theatre. Tickets and times, nac-cna.ca.

Raphael Weinroth-Browne, the virtuoso Ottawa cellist and composer known for his work with the eclectic groups The Visit, Musk Ox and Kamancello — as well as recording and touring with the Norwegian progressive metal band Leprous — unveils his debut solo album on Saturday at the NAC’s Fourth Stage. Produced by Ottawa’s Dean Watson, Worlds Within combines elements of contemporary classical music, post-rock and electronics, although every one of its vast array of sounds is created by the cello. The concert starts at 8:30 p.m. Tickets are $20, plus fees, available at nac-cna.ca and ticketmaster.ca.

The NAC’s English Theatre season continues with Take d Milk, Nah?, a one-man play written and performed by Jivesh Parasram, an Indo-Caribbean Hindu Canadian who grew up in small-town Nova Scotia. The idea for the piece began with a story about birthing a cow, but it turned into an 85-minute cultural examination, blending personal storytelling, stand-up comedy and the rituals of Hindu mythology, with a soundtrack that ranges from South African jazz and Hindi tunes to Bob Marley and R.E.M. Previews take place Jan. 14-15, with the opening night on Jan. 16. It runs until Jan. 25 in the NAC’s Azrieli Studio. Tickets and times, nac-cna.ca.

The Mercury Lounge welcomes the award-winning Canadian world-music group Minor Empire on Saturday as they play a few shows in Ontario and Quebec in preparation for a showcasing opportunity at the Folk Alliance International conference in New Orleans later this month. The group’s sound is based on Turkish musical traditions, highlighted by the mesmerizing voice of Ozgu Ozman, who sings in Turkish, and paired with the electro-funk soundscapes of composer/guitarist Ozan Boz. Tickets are $25 advance, available at eventbrite.ca, or $30 at the door. Showtime is 9 p.m.; doors open at 8 p.m.

Meow Wolf: Origin Story chronicles the formation and unexpected success of Meow Wolf, an eclectic arts collective born in Santa Fe. Begun by a group of artsy misfits rebelling against Santa Fe’s snobbish gallery scene, the collective gained international attention when Games of Thrones creator George R.R. Martin, who lives in Santa Fe, helped them out with the purchase of a former bowling alley where they could create their magic. A colourful, fast-paced film full of freaky people and wild parties, it’s been wowing the critics at film festivals across the U.S. A free screening takes place at 7 p.m. Jan. 14 at Algonquin Commons Theatre, with networking sessions before and after the film. Register at eventbrite.ca.

Ryan Hotchkiss, the National Arts Centre’s first resident chef of 2020, will give free culinary talks and demos late Thursday afternoon at Peter A. Herrndorf Place inside the NAC. Hotchkiss, who is the chef-owner of Bundök in Edmonton, will show off his take on modern Canadian cuisine, drawing upon western ingredients and techniques. The talks will take place at 4 and 5:30 p.m., and NAC executive chef Kenton Leier will also be involved. For roughly the next two months, the NAC’s restaurant, 1 Elgin, will serve dishes by Hotchkiss during his residency, including sea bream crudo with Thai basil, apples, chili, citrus and olive oil, Parisienne gnocchi with roasted mushrooms, and grilled striploin with black garlic butter.

Beyond Alanis and Kathleen: 10 Ottawa-area artists to watch in 2020 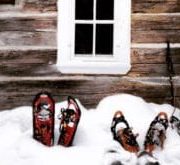 Things to Do in Ottawa in January

Events, Activities and Festivals happening in Ottawa during January 2020.…