Mayor Jim Watson delivered his annual state of the city address during a council meeting Wednesday. Here are the highlights.

Watson ‘confident’ LRT solutions are near

The mayor acknowledged the LRT problems affecting OC Transpo. “I’m confident that we will find permanent solutions to these issues,” Watson said. The contractor, Rideau Transit Group, through its maintenance arm Rideau Transit Maintenance, has been having trouble providing the necessary number of trains for peak-hour service. Watson said he toured the LRT maintenance and storage facility on Tuesday with JBA Corp. experts, who will help RTG improve the maintenance program. Watson apologized to transit customers. “You rightfully expect and deserve a higher level of service from our transit network,” he said.

Next Key to the City recipients announced

Four keys to the city will be awarded in 2020: professional golfer Brooke Henderson, who’s from nearby Smiths Falls, TSN broadcaster James Duthie, who’s from Ottawa, former governor-general Michaëlle Jean, and, the Ottawa Citizen, which this year is celebrating its 175th birthday.

A new bridge, with a proposed name

The city continues to build a replacement footbridge over Highway 417 at Harmer Avenue and Watson is proposing a name for the $13.5-million overpass. He wants the bridge to be named after former Ottawa mayor Jacquelin Holzman, who led the pre-amalgamated city between 1991 and 1997. The bridge is scheduled to be open around mid-year.

But no new bridge over the Ottawa River, Watson pleads

Watson used the speech to emphasize his opposition to a new car bridge connecting Ottawa and Gatineau. Along with Gatineau Mayor Maxime Pedneaud-Jobin, Watson has been pressuring the federal government to use infrastructure money for public transit projects instead. The two cities continue to work on ways to link their transit systems. The National Capital Commission is currently studying interprovincial bridges and the possibility of adding a crossing.

The other big tunnel project in downtown Ottawa will finally wrap up in 2020, Watson confirmed. Construction of the $232.3-million combined sewage storage tunnel started in 2016. The tunnel is 6.2 kilometres in length when combining a north-south and east-west section through the downtown. The pipe, which is three metres in diameter, will capture overflows from sewers that hold both sanitary waste and stormwater and will send the waste water to the treatment plant. Today, the overflow drains into the Ottawa River. 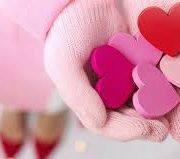